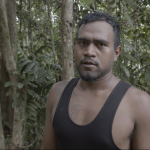 Hero-ine, a short action film, questions who are the heroes around us in cases of family violence? The Solomon-made production by Sukwadi Media was launched as part of the 16 Days of Activism Against Gender Based Violence with local family violence service Family Support Centre on November 30. It has since become one of the most-watched Solomon films of 2019 and been screened at the Native Lens Film Festival, along with other Pacific films produced under the film4gender project of the Pacific Community Filmmaking Consortium. Watch the film here: Hero-ine_Short Action Film – YouTube